Hercules and the Distracted Boyfriend

You've probably seen the meme about the young man, his girlfriend, and the "other" woman. You can make your own at Github, Imgflip, or at any of the other meme generator sites. Last year a student even made one for this class, ha ha: 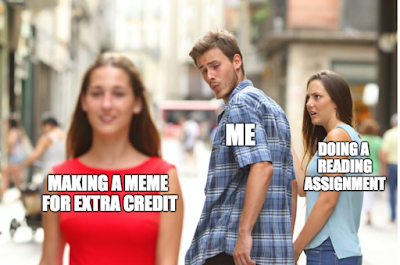 There is a history of this meme at Know Your Meme: Distracted Boyfriend. The long article documents when the photo first appeared and how it started circulating as a meme, along with recreations, parodies, gender flips, etc.

What that article does not mention, though, is that this image fits into the ancient tradition of "The Choice of Hercules," where the hero Hercules (Heracles) must choose between Virtue and Vice, personified as two women. A famous example is this Renaissance painting by Annibale Carracci: 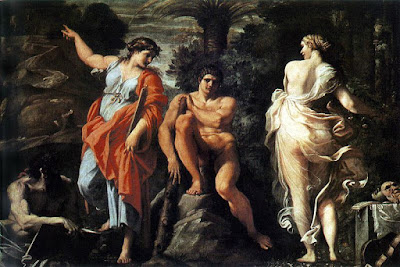