Goddess of the Day: Epona

Although the goddess Epona was originally a Celtic horse goddess, she later acquired a place in the Roman pantheon, being worshiped throughout the Roman empire (see the sculpture belong that comes from Macedonia, for example). You can find out more at Wikipedia.

Her name itself, which is from the Celtic language of the ancient Gauls, means "Great Mare." You can learn more about the blending of Gaulish (Celtic) and Roman religion at Wikipedia.

This sculpture of Epona is from Roman Macedonia, circa 400 C.E. 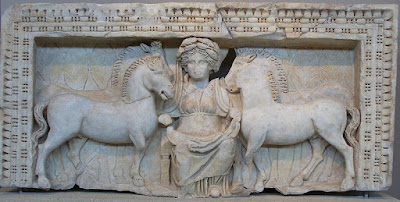 This sculpture of the goddess Epona comes from Germany, circa 200 C.E. 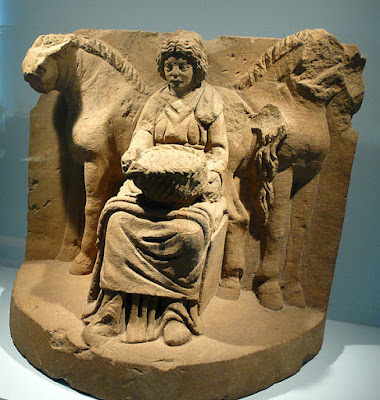