Story of the Day: The Donkey in a Lion's Skin

There are so many Aesop's fables that are near and dear to my heart that it is hard to choose just one to include here. Since I usually use a fox of some kind as my avatar at social media sites, I decided to pick a fox story — The Donkey in the Lion's Skin. As you'll see, the fox does not really play a role in the plot of the story; instead, the fox is there to mock and humiliate the foolish donkey. This fable is part of the Aesop's Fables (Jacobs) unit. 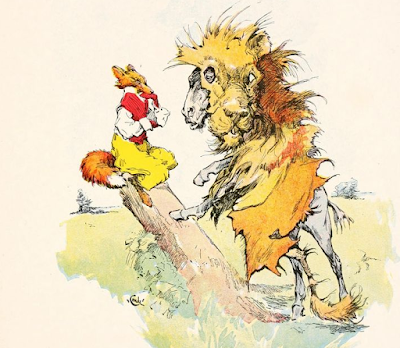 
The Donkey in the Lion's Skin

A Donkey once found a Lion's skin which the hunters had left out in the sun to dry. He put it on and went towards his native village. All fled at his approach, both men and animals, and he was a proud Donkey that day.

In his delight he lifted up his voice and brayed, but then every one knew him, and his owner came up and gave him a sound cudgeling for the fright he had caused.

And shortly afterwards a Fox came up to him and said, "Ah, I knew you by your voice."

Fine clothes may disguise, but silly words will disclose a fool. 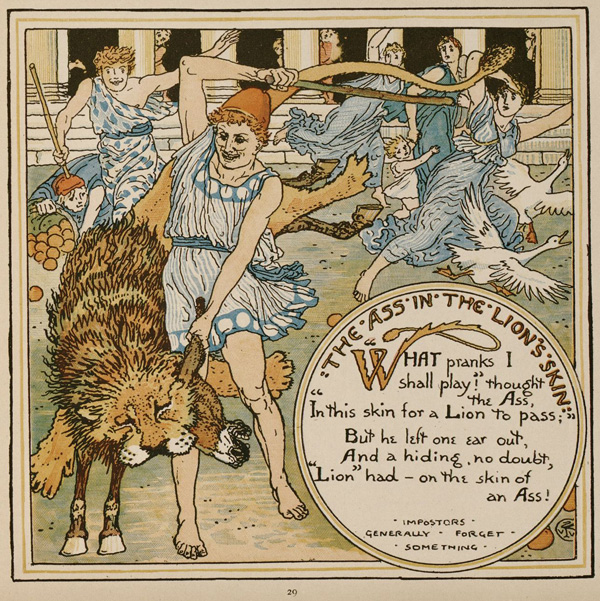