Overview. These Welsh Fairy-Tales and Other Stories were collected by Peter Emerson in Anglesea during the winter of 1891-1892. He records the stories just as they were told to him, which gives each story a distinct personality and a strongly oral quality, very different from the more literary editorial style that is typical of most 19th-century story collections. The majority of the stories here are about the fairies with their fairy rings, their music and dancing, the rewards they give to those in their favor, and the punishment of anyone who dares to betray their secrets. Especially fascinating are the stories of fairies who are healers and exorcists able to work counter-spells against witches and witchcraft. You will also find a marvelous version of the story Prince Llewellyn and his dog Gelert, along with an account of "Brutus of Troy" who gave "Britain" its name.

Language. Emerson tells the fairy tales in modern literary prose, so it is not difficult reading.

Story Length. The stories in this unit are mostly single-page stories, with a few stories that are two pages in length.

Choosing Between Units. This book of Welsh stories contains stories that are still quite close to the oral storytelling tradition, more like folktales than the literary fairy tales in the Welsh unit by Thomas.

Navigation. You will find the table of contents below, and you can also use this link to see the story posts displayed on two pages total: Welsh Fairy Tales (Emerson). Click "Older Posts" at the bottom of that page to see the second page. 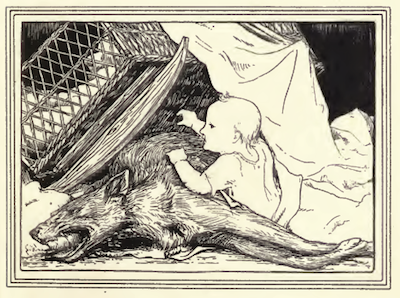