Take a moment to figure out the direction names as they are given here; rather than north, south, east, and west, these directions are given names based on their characteristics.


Why the Oaks and Sumachs Redden
Fox

ONCE on a time, long ago, when it was winter, so they say, it snowed for the first time. And while the very first snow lay on the ground, so they say, three men went early in the morning to hunt for game.

In a thick growth of shrub on a side hill, a bear had entered in. They could see the trail in the snow. One went in after him, and started him going in flight.

“Away from The-place-from-whence-comes-the-cold he is making fast!” he called to the others.

The third, who had gone round by way of The-place-whence-comes-the-source-of-midday, cried out, “Towards-the-place-where-the-sun-falls-down is he hastening.”

Back and forth for a long while did they keep the bear fleeing from one to another. After a while, one of the hunters who was coming behind looked down. Behold! The earth below was green. For it is really true, so they say, that up into the Sky-land were they led away by the bear. While they were chasing him about the dense growth of shrubs, that was surely the time that up into the Sky-land they went.

Now Union-of-rivers, who went running between the man ahead and the man behind, had a little puppy, Hold-tight.

Now in the autumn, they overtook the bear. Then they slew him. After they had slain him, many boughs of an oak did they cut, also of sumach. So with the bear lying on top of the boughs, they skinned him, and cut up the meat. Then they began to scatter the pieces in all directions.

Towards The-place-whence-comes-the-dawn-of-day they hurled the head. In winter, when dawn is nearly breaking, stars appear which are that head, so they say.

Also to the east flung they his backbone. In winter time, certain stars lie close together. These are the backbone, so they say.

And it has also been told of the bear and the hunters that the group of four stars in front are the bear and the three hunters. And between the front star and the star behind, a tiny little star hangs. That is the little dog, Hold-tight, which was the pet of Union-of-rivers.

And so often as autumn comes, the oaks and sumachs redden at the leaf because their boughs were stained with the blood of the bear. 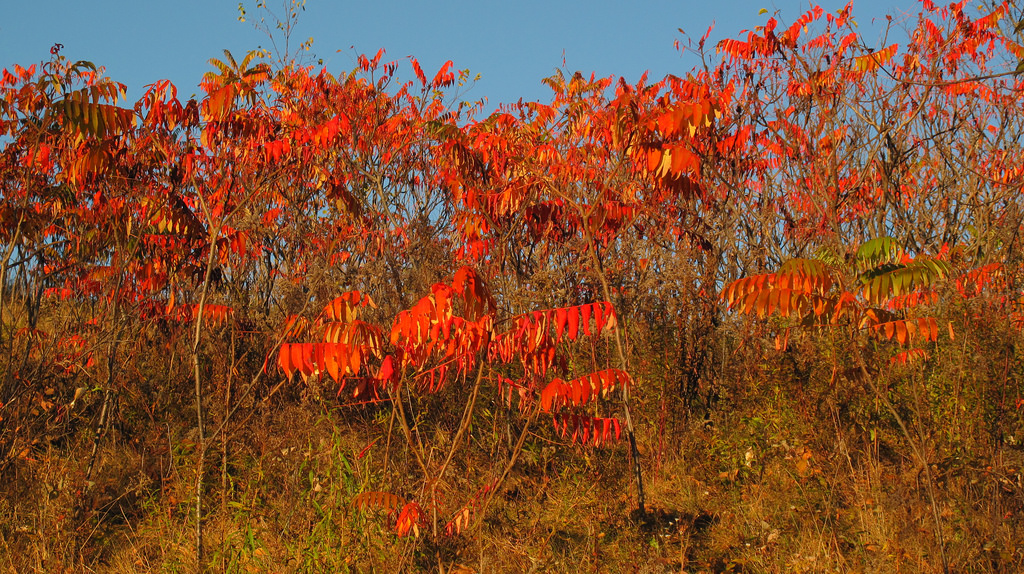