The trick that Brer Rabbit uses to fool Brer Wolf at the end of this story is one of my favorites!

One time Brer Wolf was coming long home from a fishing frolic. He saunter long the road, he did, with his string of fish across his shoulder, when first news you know old Miss Partridge, she hop out of the bushes and flutter long right at Brer Wolf nose. 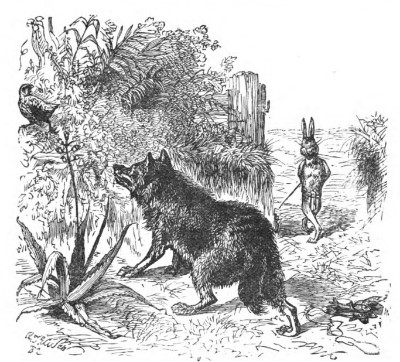 Brer Wolf he say to hisself that old Miss Partridge trying for to toll him away from her nest, and with that he lay his fish down and put out into the bushes where old Miss Partridge come from, and about that time Brer Rabbit, he happen long.

There was the fishes, and there was Brer Rabbit, and when that the case what you expect a sort of impertinent man like Brer Rabbit gonna do? I can tell you this, that them fishes ain't stay where Brer Wolf put 'em at, and when Brer Wolf come back they was gone. 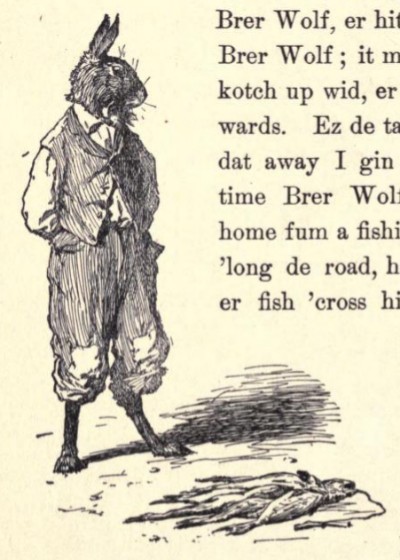 Brer Rabbit, he don't know nothing at all about no fishes.

Brer Wolf he up and say he pleased to believe Brer Rabbit got them fishes.

Brer Rabbit deny it up and down, but Brer Wolf stand to it that Brer Rabbit got them fishes. Brer Rabbit, he say that if Brer Wolf believe he got the fishes, then he give Brer Wolf leave for to kill the best cow he got.

Brer Wolf, he took Brer Rabbit at his word, and go off to the pasture and drive up the cattle and kill Brer Rabbit best cow.

Brer Rabbit, he hate mighty bad for to lose his cow, but he lay his plans, and he tell his chilluns that he going to have that beef yet. 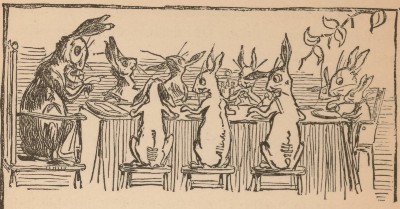 Brer Wolf, he been took up by the patter-rollers before now, and he mighty scared of 'em, and first news you know, here come Brer Rabbit hollering and telling Brer Wolf that the patter-rollers coming. "You run and hide, Brer Wolf," says Brer Rabbit, says he, "and I'll stay here and take care of the cow till you gets back," says he.

Soon's Brer Wolf hear talk of the patter-rollers, he scramble off into the underbrush like he been shot out of a gun. 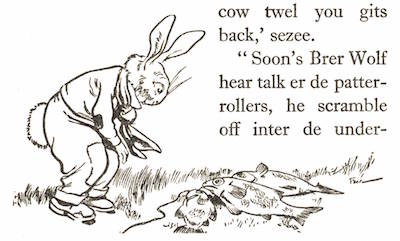 After he gone and done all this, then Brer Rabbit he squall out for Brer Wolf, "Run here, Brer Wolf! Run here! Your cow going in the ground! Run here!" 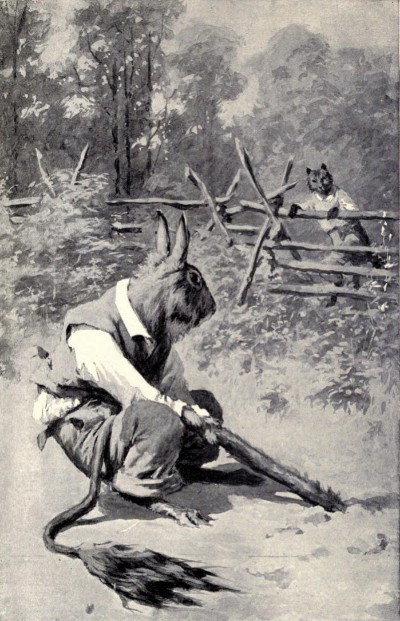 When old Brer Wolf got there, which he come a-scooting, there was Brer Rabbit holding onto the cow-tail, for to keep it from going in the ground. Brer Wolf, he catch hold, and they give a pull or two, and up come the tail. 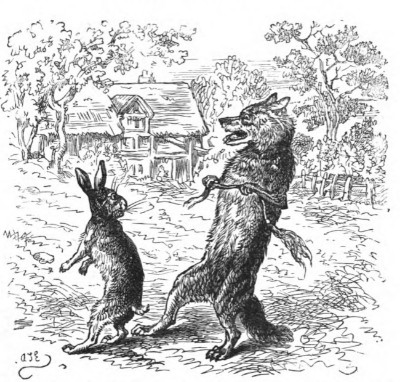 Then Brer Rabbit, he wink his off eye and say, says he, "There! The tail done pull out and the cow gone," says he.

But Brer Wolf he weren't the man for to give it up that away, and he got him a spade, and a pick-axe, and a shovel, and he dig and dig for that cow till digging was past all endurance, and old Brer Rabbit he sat up there in his front porch and smoke his cigar. 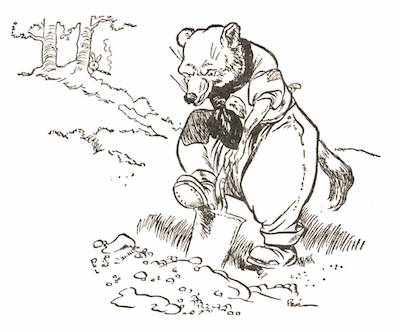 'Cause all the time the cow was laying pile up in his smoke-house, and him and his chilluns was eating fried beef and onions every time they mouth water. 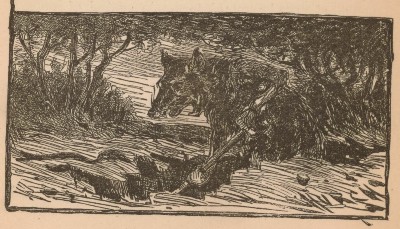