Overview. The story source for this unit is The Aesop for Children, a collection of Aesop's fables with artwork by Milo Winter, a well known book illustrator; the name of the English translator remains a mystery; I have not been able to find out just who prepared the English versions of the fables that appear in this book, although they are very nicely done! While most of the fables contained in this unit come from the Greek and Roman tradition, there are also some fables here that the French fabulist La Fontaine borrowed from India and blended with the Aesopic tradition, such as the story of the tortoise who went flying his friends the ducks or the story of the monkey who became the proverbial "cat's paw." This reading unit also has an audio recording available from LibriVox (the other Aesop unit does not have audio available).

Language. The language used here is very contemporary and intended for a young audience. It should not cause you any trouble at all.

Navigation. You will find the table of contents below, and you can also use this link to see the story posts displayed on two pages total: Aesop for Children. Click "Older Posts" at the bottom of that page to see the second page.

Notes. This unit does not have notes on every page yet, so please feel free to ask questions if something is not clear — and your questions will help me write better notes, too! You can ask your question by leaving a comment, just like at any other blog. You can also rate each page with the star ratings checkbox at the bottom of each post. Your feedback and questions are much appreciated!

Choosing Between Units. As you will see, there are two Aesop units available in the Classical module: this unit with illustrations by Milo Winter and the unit with Aesop's fables by Joseph Jacobs with the illustrations by Walter Crane. If you are really into Aesop's fables, you can do both units if you want; there is not any overlap between the actual fables in the unit! To create this unit, I took the Milo Winters book and simply removed all the fables that appear in Jacobs. So, if you do them both, you will be a real Aesop expert! If you are going to do Aesop for just one week, the most important difference between the two units is that the Jacobs unit does not have a free audiobook version, but this unit does have a free audiobook version available.

Connecting Units. The fables of Aesop have been both popular and influential for over 200 years! In addition to the two Aesop units in the Classical module, you will find a unit of Aesop's Fables in English Poetry and Prose in the British Isles modules, and the Fables of the French Poet La Fontaine in the European module. In addition, there are close connections between Aesop's fables and the "jataka tales" of the Buddhist tradition, and there are two jataka units in the India module: Babbitt's Jataka Tales and Shedlock's Jataka Tales.

Read More. If you enjoyed the stories selected for this unit, you might enjoy reading the whole book, which is freely available online in many convenient formats include an online book view at Hathi Trust (includes pictures) and a free Kindle ebook (fables only; no pictures).

There is really no rhyme or reason to the arrangement of the fables in this book, but I have not rearranged them into related groups since that would make it impossible to link to the audio files. The LibriVox recordings are done in sets of four. In some cases, all four of those fables are part of the reading unit, but in other cases you will see that only some of the fables are included from a given audio file: 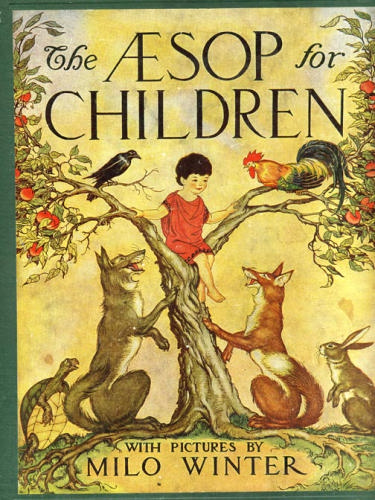