Infancy: Jesus and the Philosophers

This story is part of the Infancy Gospels unit. Story source: The Lost Books of the Bible, edited by Rutherford H. Platt, Jr. (1926): The First Gospel of the Infancy of Jesus Christ.

Jesus and the Philosophers 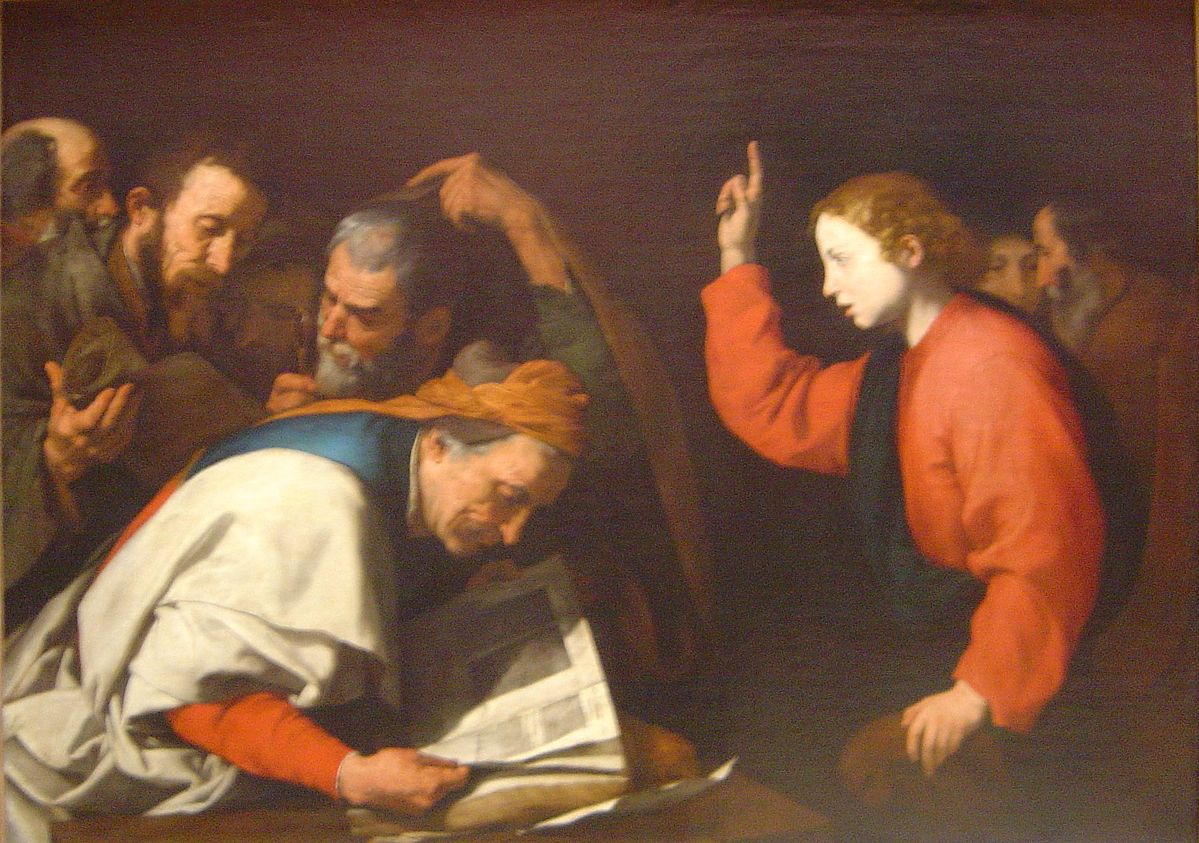 (Jesus Among the Doctors, 17th-century painting)


When a certain astronomer who was present,asked the Lord Jesus whether he had studied astronomy, the Lord Jesus replied and told him the number of the spheres and heavenly bodies, as also their triangular, square, and sextile aspect; their progressive and retrograde motion; their size and several prognostications; and other things which the reason of man had never discovered.

There was also among them a philosopher well skilled in physic and natural philosophy, who asked the Lord Jesus whether he had studied physic. He replied and explained to him physics and metaphysics. Also those things which were above and below the power of nature; the powers also of the body, its humours, and their effects. Also the number of its members, and bones, veins, arteries, and nerves; the several constitutions of body, hot and dry, cold and moist, and the tendencies of them; how the soul operated upon the body; what its various sensations and faculties were; the faculty of speaking, anger, desire; and lastly the manner of its composition and dissolution, and other things which the understanding of no creature had ever reached.

(Jesus Among the Doctors, in Braga, Portugal)


Then that philosopher arose, and worshipped the Lord Jesus, and said, "O Lord Jesus, from henceforth I will be thy disciple and servant."

While they were discoursing on these and such like things, the Lady St. Mary came in, having been three days walking about with Joseph, seeking for him. And when she saw him sitting among the doctors, and in his turn proposing questions to them and giving answers, she said to him, "My son, why hast thou done thus by us? Behold I and thy father have been at much pains in seeking thee."

He replied, "Why did ye seek me? Did ye not know that I ought to be employed in my father's house?"

But they understood not the words which he said to them. Then the doctors asked Mary whether this was her son. And when she said he was, they said, "O happy Mary, who hast borne such a son."

Then he returned with them to Nazareth and obeyed them in all things. And his mother kept all these things in her mind; And the Lord Jesus grew in stature and wisdom, and favour with God and man.

NOW from this time Jesus began to conceal his miracles and secret works, and he gave himself to the study of the law till he arrived to the end of his thirtieth year, at which time the Father publicly owned him at Jordan, sending down this voice from heaven, "This is my beloved son, in whom I am well pleased," the Holy Ghost being also present in the form of a dove.

This is he whom we worship with all reverence because he gave us our life and being and brought us from our mother's womb. Who, for our sakes, took a human body and hath redeemed us, so that he might so embrace us with everlasting mercy, and shew his free, large, bountiful grace and goodness to us.

To him be glory and praise, and power, and dominion, from henceforth and for evermore, Amen.

The end of the whole Gospel of the Infancy, by the assistance of the Supreme God, according to what we found in the original. 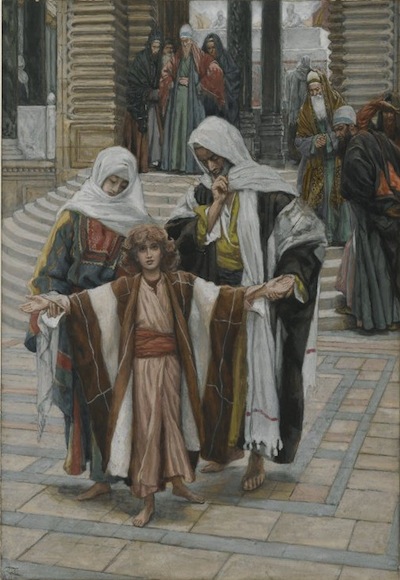 (Jesus Found in the Temple, by James Tissot)