This story is part of the Alaskan Legends unit. Story source: Myths and Legends of Alaska, edited by Katharine Berry Judson (1911).

LONG, long ago there were many men living in the them. Far away in the southland lived one woman. At last one of the young men in the northland travelled south to the home of the woman and married her. He thought, "I have a wife, while the son of the headsman has none."

Then the husband was awakened. He ran to the passage and caught the woman by her feet. So the men pulled until they pulled the woman in two. The son of the headsman carried the upper part of her body to the north. Then they began to carve wood to make each woman complete. Thus there were now two women.

The woman in the south was a good dancer; but she could not do fine needlework in sewing the furs, because her hands were wooden. The woman in the north was a poor dancer, because her feet were wooden, but she could sew with fine stitches in the furs. So all the women of the north are skilful with their hands, and all the women of the south are good dancers, even to this day. Thus you may know that the tale is true.


Next: Origin of the Winds 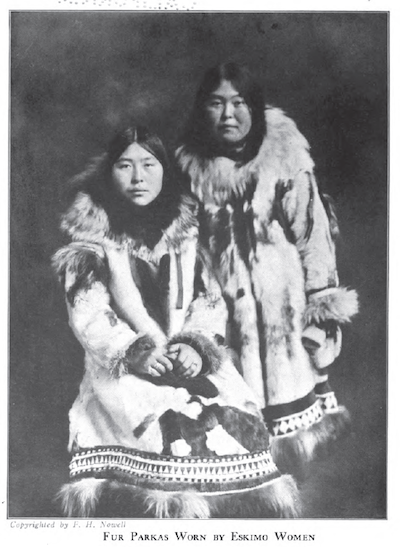