West Africa: Why the Lizard Moves His Head Up and Down

You might enjoying comparing this West African lizard story to a similar Jamaican story about Anansi: Spider Marries Monkey's Daughter. 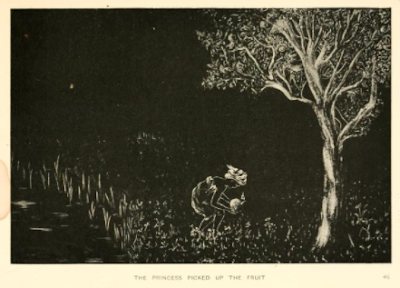 Why the Lizard Moves His Head Up and Down
[LIBRIVOX AUDIO]

IN a town not very far from Anansi's home lived a great king. This king had three beautiful daughters, whose names were kept a secret from everybody except their own family. One day their father made a proclamation that his three daughters would be given as wives to any man who could find out their names. Anansi made up his mind to do so.

He first bought a large jar of honey, and set off for the bathing-place of the king's daughters. Arrived there, he climbed to the top of a tree on which grew some very fine fruit. He picked some of this fruit and poured honey over it. When he saw the princesses approaching he dropped the fruit on the ground and waited. The girls thought the fruit dropped of its own accord, and one of them ran forward to pick it up. When she tasted it, she called out to her sisters by name to exclaim on its sweetness. Anansi dropped another, which the second princess picked up—she, in her turn, calling out the names of the other two. In this fashion Anansi found out all the names.

As soon as the princesses had gone Anansi came down from the tree and hurried into the town. He went to all the great men and summoned them to a meeting at the King's palace on the morrow.

He then visited his friend the Lizard, to get him to act as herald at the Court next day. He told Lizard the three names, and the latter was to sound them through his trumpet when the time came.

Early next morning the King and his Court were assembled as usual. All the great men of the town appeared, as Anansi had requested. Anansi stated his business, reminding the King of his promise to give his three daughters to the man who had found out their names. The King demanded to hear the latter, whereupon Lizard sounded them on his trumpet.

The King and courtiers were much surprised. His Majesty, however, could not break the promise he had made of giving his daughters to the man who named them. He accordingly gave them to Mr. Lizard. Anansi was very angry, and explained that he had told the names to Lizard, so that he ought to get at least two of the girls, while Lizard could have the third. The King refused. Anansi then begged hard for even one, but that was also refused. He went home in a very bad temper, declaring that he would be revenged on Lizard for stealing his wives away.

He thought over the matter very carefully, but could not find a way of punishing Lizard. At last, however, he had an idea.

He went to the King and explained that he was setting off next morning on a long journey. He wished to start very early, and so begged the King's help. The King had a fine cock, which always crowed at daybreak to waken the King if he wished to get up early. Anansi begged that the King would command the cock to crow next morning that Anansi might be sure of getting off in time. This the King readily promised.

As soon as night fell Anansi went by a back way to the cock's sleeping-place, seized the bird quickly, and killed it. He then carried it to Lizard's house, where all were in bed. There he quietly cooked the cock, placed the feathers under Lizard's bed, and put some of the flesh on a dish close to Lizard's hand. The wicked Anansi then took some boiling water and poured it into poor Lizard's mouth, thus making him dumb.

When morning came, Anansi went to the King and reproached him for not letting the cock crow. The King was much surprised to hear that it had not obeyed his commands.

He sent one of his servants to find and bring the cock to him, but, of course, the servant returned empty-handed. The King then ordered them to find the thief. No trace of him could be found anywhere. Anansi then cunningly said to the King: "I know Lizard is a rogue because he stole my three wives from me. Perhaps he is the thief." Accordingly, the men went to search Lizard's house.

There, of course, they found the remnants of the cock, cooked ready to eat, and his feathers under the bed. They questioned Lizard, but the poor animal was unable to reply. He could only move his head up and down helplessly. They thought he was refusing to speak, so dragged him before the King. To the King's questions he could only return the same answer, and his Majesty got very angry. He did not know that Anansi had made the poor animal dumb. Lizard tried very hard to speak, but in vain.

He was accordingly judged guilty of theft, and as a punishment his wives were taken away from him and given to Anansi.

Since then lizards have always had a way of moving their heads helplessly backward and forward, as if saying, "How can any one be so foolish as to trust Anansi?"


Next: Tit For Tat 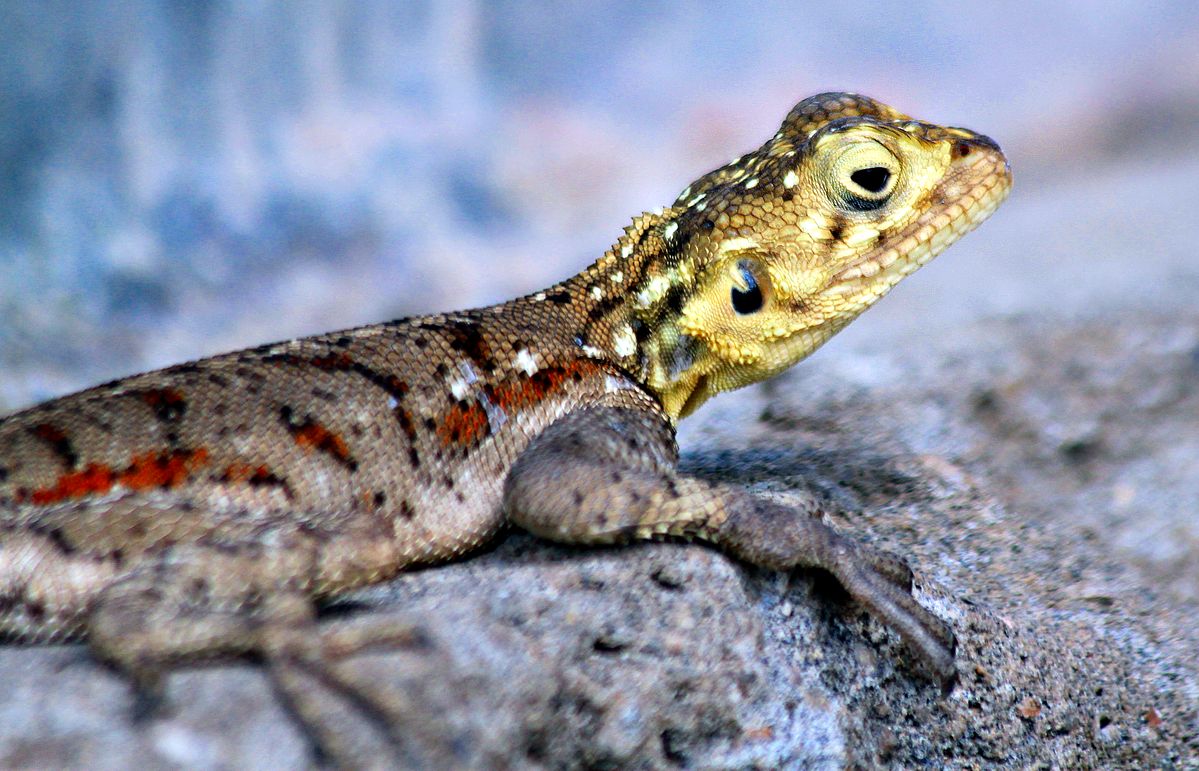