Overview. This is a brief retelling of the Ramayana (as found in Mackenzie's Indian Myth and Legend), an epic poem from ancient India about the adventures of the great Prince Rama, an avatar (incarnation) of the god Vishnu, preserver of the universe. The story begins with the birth of Rama to King Dasaratha, followed by his early training with the guru Vishvamitra. Rama then marries Princess Sita, who is herself an avatar of the goddess Lakshmi, Vishnu's heavenly consort. When the evil demon king Ravana kidnaps Sita, Rama, assisted by his most devoted followers, the monkey-god Hanuman and his own brother Lakshmana, raises an army of monkeys and bears to go and rescue her. Rama and his army travel the length of India and cross the ocean to reach Ravana's kingdom in Sri Lanka where a great battle takes place between Rama's allied forces and the demon army.

Language. This is a modern prose summary of the Ramayana, not a translation of the Sanskrit poem, so the language used should not pose any difficulties.

Story Length. This unit contains a single overarching story that has been broken up into separate episodes.

Navigation. You will find the table of contents below, and you can also use this link to see the story posts displayed on two pages total: Ramayana. Click "Older Posts" at the bottom of that page to see the second page. 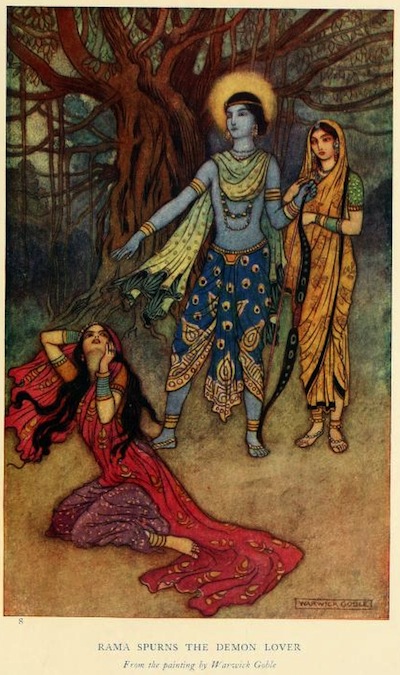