Overview. This journey though "Inferno" (Italian for "Hell") is part of Dante Alighieri's medieval epic poem, the "Divine Comedy." After Dante makes his way through Hell, he then travels to "Purgatorio" (Purgatory) and "Paradiso" (Paradise), and it is this happy conclusion in paradise that led Dante to label the epic a "comedy." The Inferno, however, is as far removed from Paradise as a place can be, and it is filled with sinners suffering torments which Dante describes in excruciating detail. In this selection of episodes (from Tony Kline's prose translation, Dante's Divine Comedy), you will see Dante encounter his Italian contemporaries, such as the adulterous lovers Paolo and Francesca, and he will also meet figures from ancient history, including his guide through hell: the Roman epic poet Virgil. While Dante's vision of hell is founded on Christian theology, it is populated with many figures from ancient mythology, and Dante's creative blending of Christian and Greco-Roman culture makes the Divine Comedy one of the most original and influential storytelling experiments in the history of world literature.

Language. This is a translation of Dante's Italian poem into modern English prose. Dante's story is dense and full of details, but the language itself should not prove difficult.

Story Length. This is one continuous story as Dante moves from one circle of hell to the next until his final encounter with Satan.

Navigation. You will find the table of contents below, and you can also use this link to see the story posts displayed on two pages total: Dante's Inferno. Click "Older Posts" at the bottom of that page to see the second page.

Additional Resources. If you would like to see an English verse translation that imitates Dante's poetic style, then see the Allen Mandelbaum translation which is available here: World of Dante: Inferno. 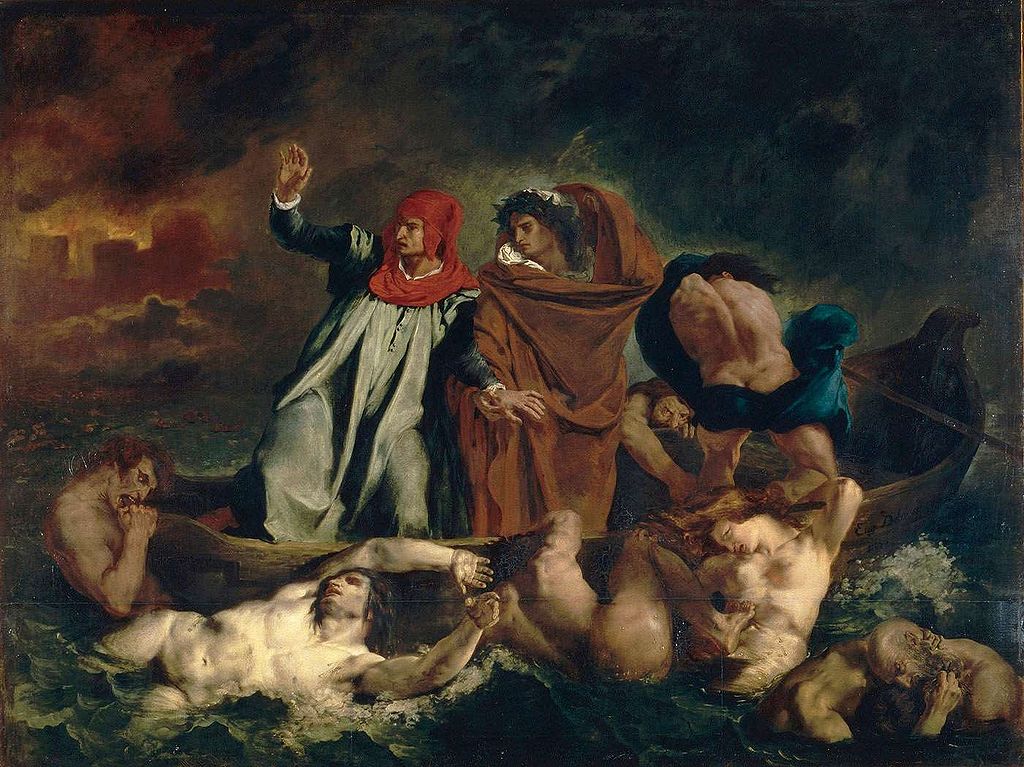 (Dante and Virgil, by Delacroix)