Myth-Folklore Unit: The Voyages of Sindbad

Overview. The legend of Sindbad the Sailor is just one of the many delights contained in the book known as The Arabian Nights or the 1001 Nights. This reading unit, drawn from Lang's Arabian Nights' Entertainments, includes all seven voyages of Sindbad the Sailor as told in first-person by Sindbad himself. The first-person storytelling style makes these tales very similar to the stories of Odysseus, whose first-person account of his adventures at sea are found in Homer's Odyssey. It's clear, in fact, that the creator of the Sindbad legend was aware of Odysseus, as you will see Sindbad escaping from a one-eyed cannibal using the same trick that Odysseus used! That's just one of Sindbad's voyages, of course, and he has some unforgettable adventures of his own on the six other voyages.

Connecting Units. If you did the Odyssey unit in the Classical module, you might really enjoy looking at the voyages of Sindbad. The ancient Greek stories of Odysseus had a big influence on the Sindbad stories!

Language. This book consists of a modern retelling of the Nights, rather than a direct translation of the medieval text, so the language should not pose any problems.

Navigation. You will find the table of contents below, and you can also use this link to see the story posts displayed on two pages total: The Voyages of Sindbad. Click "Older Posts" at the bottom of that page to see the second page.

READING A:
READING B: 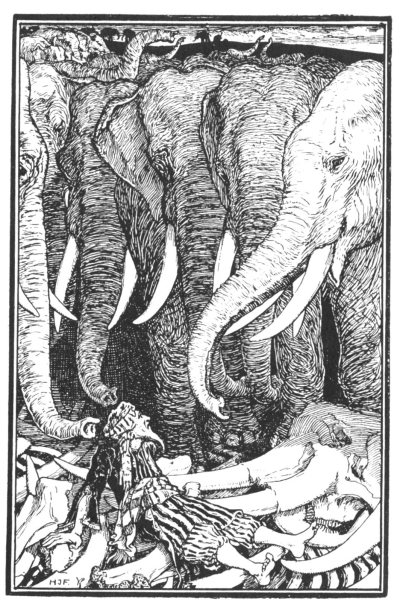