Overview. The stories in Twenty-Two Goblins (Arthur Ryder's translation of the Sanskrit Vetālapañcaviṃśati) are tales told by a goblin, or vetala in Sanskrit, a supernatural creature that inhabits human corpses. The audience for the goblin's stories is a wise king who is attempting to capture one of these goblin-inhabited corpses; as he is toting the corpse back to his palace, the goblin tells paradoxical stories that each end with a riddling question which the king must answer. I've included twelve of the stories here, along with the dramatic conclusion when you see what finally happens to the king, to the corpse, and to the goblin. You can get a sense of how the stories work from their titles: "The Three Lovers who Brought the Dead Girl to Life: Whose Wife Should She Be?" or "The Girl who Transposed the Heads of her Husband and Brother: Which Combination of Head and Body is Her Husband?" See if you can find the answers as easily as the king does!

Story Length. This unit contains only single-page stories, plus a frametale that connects them all together.

Navigation. You will find the table of contents below, and you can also use this link to see the story posts displayed on a single page: Twenty-Two Goblins.

READING A:
READING B: 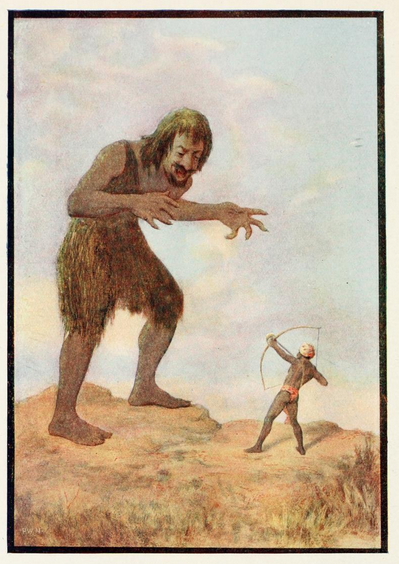