Laos: The Parrot and the Minor Bird

The "minor bird" referred to here is usually spelled "myna bird" or "mynah bird." Find out more at Wikipedia.

There is a similar type of story in which a parrot gets into trouble for reporting on its mistress's infidelities. You can see a collection of those stories here: The Parrot and the Adulterous Woman.

[Notes by LKG]
This story is part of the Laos unit. Story source: Laos Folk-Lore by Katherine Neville Fleeson, with photographs by W.A. Briggs (1899).

Long ago people caught and nourished the sao bird because it learned the language of man more readily than either the parrot or minor bird. While they had to be taught with much care, the sao bird had but to hear a word and it could readily utter it; moreover, the sao bird could utter its own thoughts.

Upon a time a man of the north country, owning a sao bird, stole a buffalo from his neighbor and killed it. Part of the buffalo the man cooked and ate; the rest he hid either in the rice bin or over the rice house.

Seeking the buffalo, next day, the neighbor asked the man if he had seen it.

The sao bird, however, cried out, “He killed it; part he hid in the rice bin, part over the rice house.”

The neighbor searched in both of these places and found the parts just as the sao bird had said.

“I did not steal the buffalo,” insisted the man.

But the bird ever called, “He killed it and put part into the rice bin, and part over the rice house.”

Unable to decide between the words of the man and the words of the bird, the neighbor appealed to the court. And, it happened, the night before the trial, that the man took the sao bird, placed it in a jar, covered the jar and poured water over the cloth and beat on the outside of the jar. The noise of the beating was low and rumbling. All that night was the bird kept in the jar, and not once did it see the bright moonlight, which was almost as bright as day, for it was in the midst of the dry season and full moon. When the eye of day opened, the man removed the bird from the jar and placed it in its cage, and then took it to the court as a witness.

When the bird was called, it said, as before, “He killed it; part he put in the rice bin, and part over the rice house.”

All people believed the bird.

“Ask it another question. Ask it what manner of night it was last night. Will you condemn me to death on the word of a bird?” cried the man.

The question was put to the bird, but, remembering its fear, during the night, of the rumbling noise and the sound of running water, it answered, “Last night the sky called and the rain fell.”

Then the people cried, “Of a truth, the bird cannot be believed. Because it has imperiled the life of an innocent man, from this time forth, the sao bird must not be cherished by man.”

The thief was set free because there were but the words of the bird to condemn him.

No longer is the sao bird nourished by man, but lives in the forest. Those who are full of fear when they hear them talking in the forest say, “It is the spirits.”

When the sao bird saw the bright plumage of the parrot, and the black and gold of the minor bird, it knew they were strangers who had come to dwell in the north, and it asked the crow and the owl what manner of birds they were.

“Beautiful in plumage, as thou canst readily see,” answered they. “Moreover, they speak the words of man.”

“Speak the words of man,” echoed the sao bird. “I’ll warn them. Come, let us greet them.” And they went forth to meet the beautiful strangers.

And upon a day, as they all came together in one place, the sao bird cried out, “We, the chief birds of the north land, come to greet you and to give you of our wisdom, as you are but strangers in our land. It is told me you speak as does man; even so can I. Nourished by the hand of man many years, I did see with my eyes and hear with my ears, and my tongue uttered not only the things I beheld and heard, but things displeasing to my masters. At one time, all men spoke well of me, but afterward was I cruelly punished and driven from the homes of men. Therefore come I this day unto you to warn you that, if man learns of your speaking tongue, he will capture you and nourish you in his home. Yet, should you speak other than he teaches you, you will be punished and driven from the homes of men, for man loves only to hear his thoughts repeated and loves not even a bird that has wisdom or truth greater than his own.”

Fearful of uttering their thoughts, lest man resent it, the parrot and minor bird but echo the words of man.


Next: The Lovers’ Leap 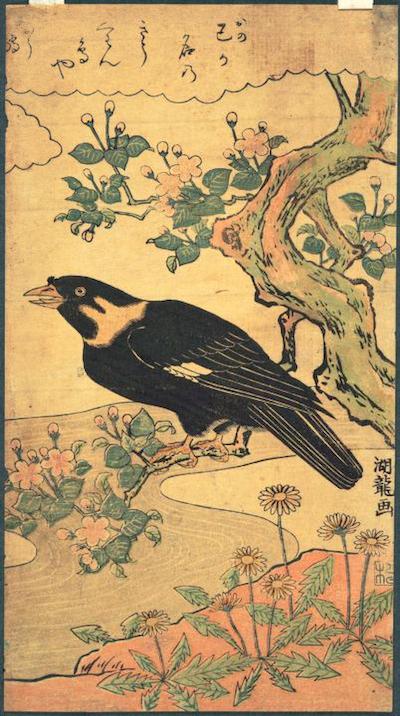